The news all Rainbow Six Siege fans have been waiting for 🙏🏻

Ubisoft has announced a cross play and cross progression schedule (deployment map) for Xbox & PlayStation which will start in early 2022.

The entire schedule actually started last month but that was mainly for Stadia.

Cross play has been something the players have wanted for a very very long time now but even better is the news that we will be getting cross progression too, great for those gamers with both consoles.

Friends with different consoles can enjoy playing their favourite game together from early 2022 so keep a look out for an official date from Ubisoft on their social media accounts. 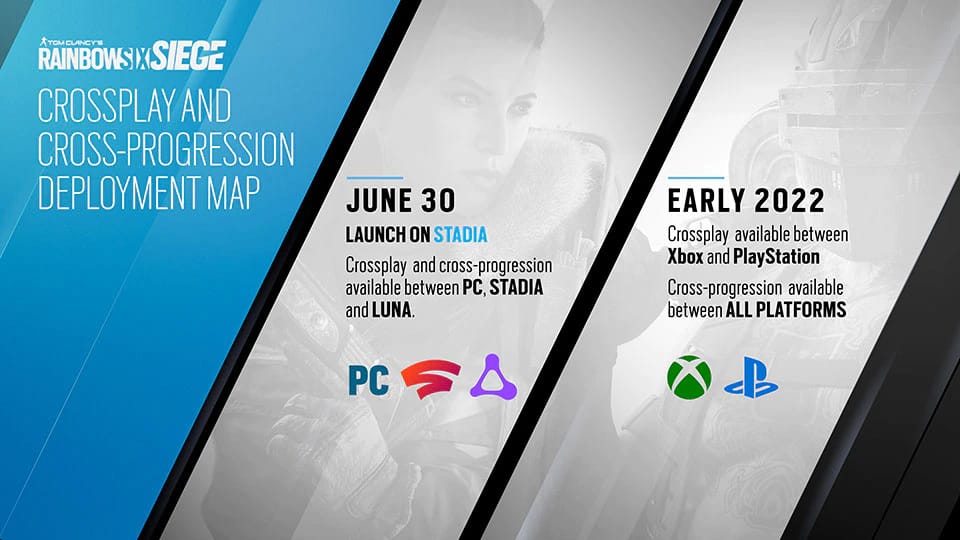